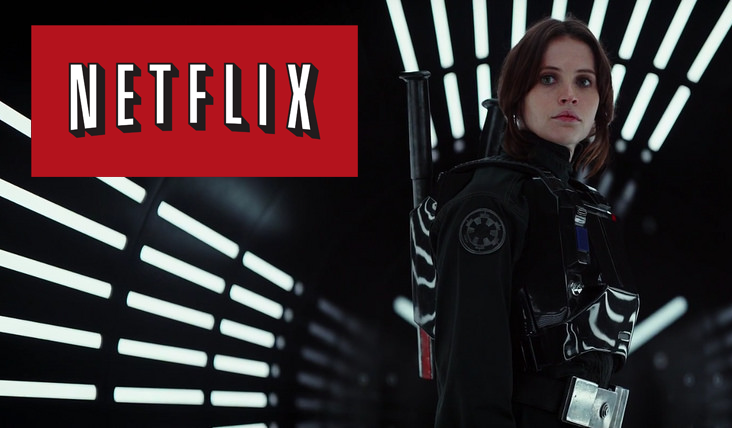 Starting on July 18, you will be able to stream Rogue One: A Star Wars Story on Netflix. This is another film a part of the Netflix-Disney partnership of releasing Disney movies on their platform.

Rogue One will be the first live-action Star Wars film to hit Netflix in the U.S. under the company’s exclusive deal with Disney. Netflix and Disney, Lucasfilm’s parent company, signed an agreement in 2012 that gave Netflix the exclusive U.S. pay-TV rights to stream Disney movies. That locked out traditional premium cable channels like HBO, Starz and Epix, networks that all covet the rights to broadcast major films. (Polygon)

Rogue One was another box office hit for Disney, grossing $1.05B worldwide and was crowned the top grossing film of 2016. Netflix is lucky to be getting their first Star Wars live-action available to their subscribers and should help encourage new subscribers.

We are looking forward to even more exciting Star Wars news that might come out of D23 Expo in July. Stay tune and may the force be with you!