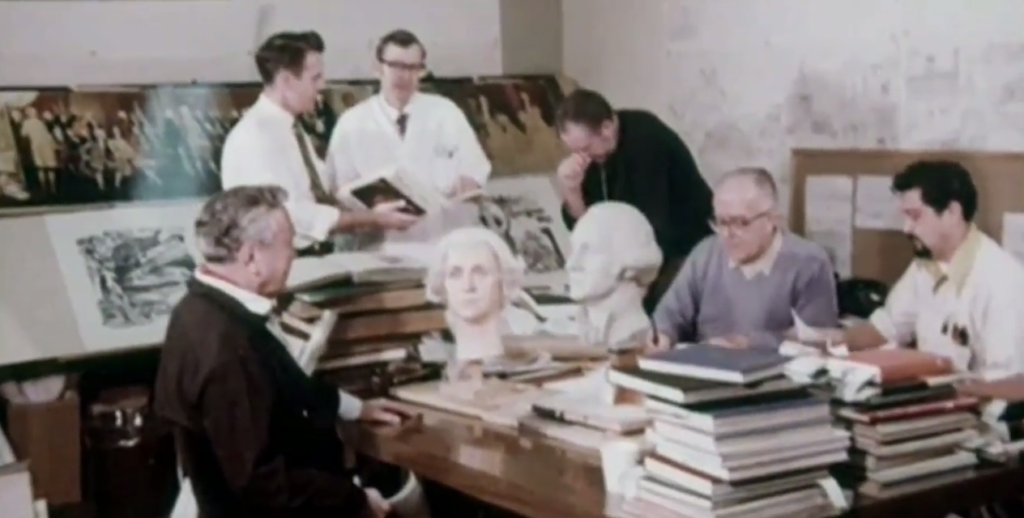 The Hall of Presidents is under a refurbishment to add the 45th President Donald Trump and is expected to be unavailable to visitors for at least most of the summer. We thought it would be a good time to share this rare footage of Imagineers creating the Hall of Presidents. Amazing that this project was started over forty years ago and still remains today. History does stand the test of time.

Rarely seen footage of WED employees (Imagineers today) at work building Walt Disney World is a real treat. That is just what you’ll find in this incredible video of WED at work building the Hall of Presidents filmed on 02/16/71 for the opening of Walt Disney World brought to you by DisneyAvenue.com. Keep an eye out for legendary Imagineers like Herb Ryman, Harriett Burns and more. Enjoy!